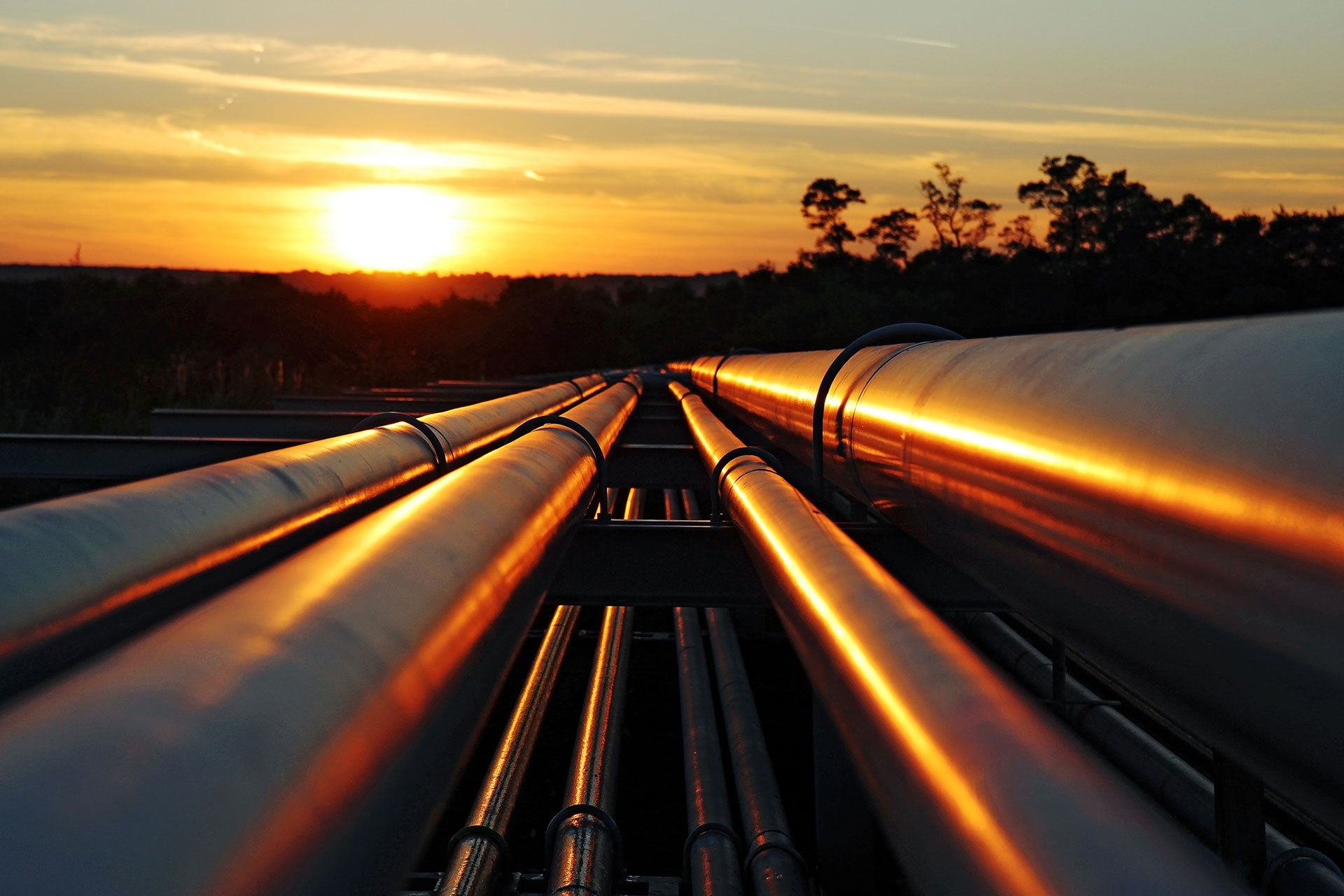 The Petroleum Industry Act (PIA) that was signed into law by President Buhari last month after years of political wrangling may prove to be a case of too little too late. While the bill provides a much-needed fiscal and legal framework for the oil and gas sector –upstream, midstream and downstream — and allows Nigeria National Petroleum Corp to become a self-governing entity that could at some stage be privatised, it is unlikely to trigger a flood of investment in the near or medium term. As the clock ticks, all minds will need to be focused on getting the new system up and running within the 12-month implementation period mandated by the president.

The harsh reality facing Nigeria and other African oil producers, such as Angola and Ghana, is that the big multinational oil companies are moving away from oil and gas and investing more money in renewables. This trend, which started several years ago, is certain to accelerate as pressure intensifies on the majors, both from shareholders and external activists, to “go greener”. Other well-funded industry players, including private equity groups and oil traders, could fill the gap, but they, too, are having to reduce their dependence of fossil fuels. Commercial banks, too, are having to embrace the energy transition. Nigeria, which has seen oil and condensate production fall steadily over the past decade due to under-investment, may pay a heavy price for its lack of decisiveness in getting the bill over the finishing line.

Even with the PIA in place, there is a serious danger that proven oil and gas reserves will become stranded, with nobody willing to develop them. A litmus test will be Shell’s campaign  to hive off the remaining 19 onshore and shallow-water licences that it operates in the SPDC consortium with Eni and Total, in the coming years. Other majors such as ExxonMobil are also looking to reduce their upstream portfolios in Nigeria. But finding buyers won’t be so easy in this market. Nigerian independents that have paid billions of dollars for  SPDC acreage over the past decade lack the majors’ deep pockets and will be more cautious this time around.

Nevertheless, the PIA is a step in the right direction for Nigeria and reflects a desire to bring more transparency to the industry that was championed by President Buhari’s late chief of staff, Abba Kyari. The bill is the culmination of a series of drafts, some of which were  poorly-worded and full of contradictions, that were passed back and force between the National Assembly and the president’s office.

Investors will be reassured by the PIA’s creation of two new regulatory agencies – the Nigerian Upstream Regulatory Commission and the Nigerian Midstream and Downstream Petroleum Regulatory Authority. The first will be a beefed-up version of the Department of Petroleum Resources, and among other things will have the right to award and revoke upstream licences subject to the approval of the ministry of petroleum. The NMDPRA has the job of overseeing pipelines and refineries, and ensuring there are sufficient supplies of oil and gas for an expanding domestic market. Given that Nigeria’s three major refineries, all owned by NNPC, are operating at a fraction of their capacity and forcing the country to increase oil product imports, the NMPDRA faces a Herculean challenge.

The PIA lays down a new fiscal regime for the upstream sector that will reduce the tax burden on onshore and shallow water projects and, it is hoped, act as a spur for greater investment. This is clearly targeted at Nigerian independents, which are now the leading players in onshore/shallow water as Shell and its partners continue to sell off licences. So the impact on the majors is minimal, as the bulk of their investments are in deep water projects, which are governed by long-term production-sharing contracts with NNPC which have their own legal and commercial conditions that are not touched by the PIA. Any attempts by NNPC or the government to renegotiate the terms of these PSAs would meet stiff resistance, and tie the country up in multiple lawsuits.

Nigeria is unique in Africa for having a proliferation of indigenous oil companies that are keen to expand and build on their upstream expertise. So they  may end up being the main beneficiaries of the PIA, as foreign operators pull back and look to deploy their capital elsewhere. The main problem for the Nigerian independents is getting access to capital, so there will be a greater opportunity for Nigerian banks to support them with loans and other kinds of financing. There is also scope for Nigerian companies to buy into infrastructure, such as pipelines and refineries, and play an active role in the country’s regeneration. There is no lack of entrepreneurial talent in Nigeria, but there remains a deep lack of confidence in how the system functions and can be manipulated by the politicians. On the surface, at least, the PIA helps to address this.

The main sticking point in the PIA, which has never been addressed properly in previous drafts and still leaves unanswered questions, is what to do with NNPC. We now know that the national oil company, which has essentially acted as an arm of the government with little scope to make its own decisions, will be transformed into a new entity, NNPC Limited, within six months of the law’s implementation. Though the government will remain its sole shareholder, with the shares held by the ministries of petroleum and finance, it will no longer provide NNPC with funding and will allow the company to make its own decisions.

The objective, it appears, is to transform NNPC into a transparent and profitable NOC that will be free of government interference. There are contradictions, however. For example, the president reserves to right to appoint “independent” members of the NNPC board who need to have at least 15 years industry experience, and will serve alongside permanent representatives of the petroleum and finance ministries. If they are appointed by the president, then how can they be considered “independent”? This will not satisfy people who fear that NNPC will continue to be used as a source of patronage, and complain that the PIA does little to address this.

The key unanswered question surrounding NNPC’s future is what will happen to the liabilities of around $11 billion owed to its joint venture partners, including funding shortfalls. According to the PIA, the old NNPC will transfer its assets and liabilities to NNPC Limited within 18 months, and it will be the job of the petroleum and finance ministries to decide what to do with them. This lack of clarity will concern NNPC’s main creditors, such as Shell, who are looking for some kind of roadmap to get their money repaid. There is every possibility that NNPC’s liabilities will become a political hot potato that will be passed around the various decision-making bodies, and left unresolved.

There is no denying that NNPC has become more transparent in recent years, admittedly from a very low starting point. The company now publishes its annual accounts, which show it is loss-making, but this is due largely to losses made from subsidised fuel prices. NNPC has also cleaned up its oil marketing system, which under previous governments was famous for its opacity. It has also made efforts to gets its refineries in proper working order by setting up consortia to upgrade them, and it is now set to become an equity partner in Dangote’s giant new refinery at Lekki, partly in return for guaranteed crude oil supplies.

It will take years for NNPC to be privatised, however, as this would involve achieving levels of corporate governance that have been sorely lacking. As with the PIA itself, the restructuring of NNPC should have happened a decade ago, and Nigeria may regret all the needless delays. 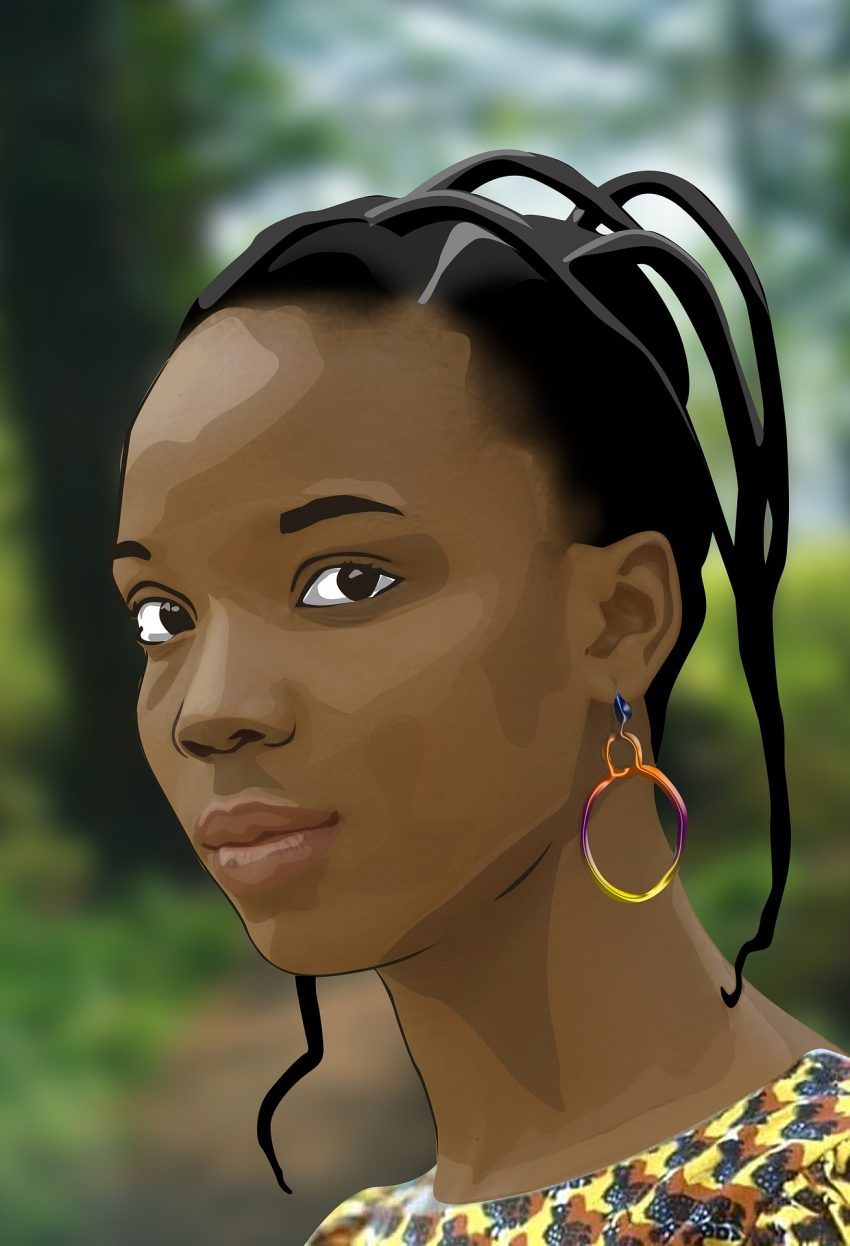 I love The African Hair Salon 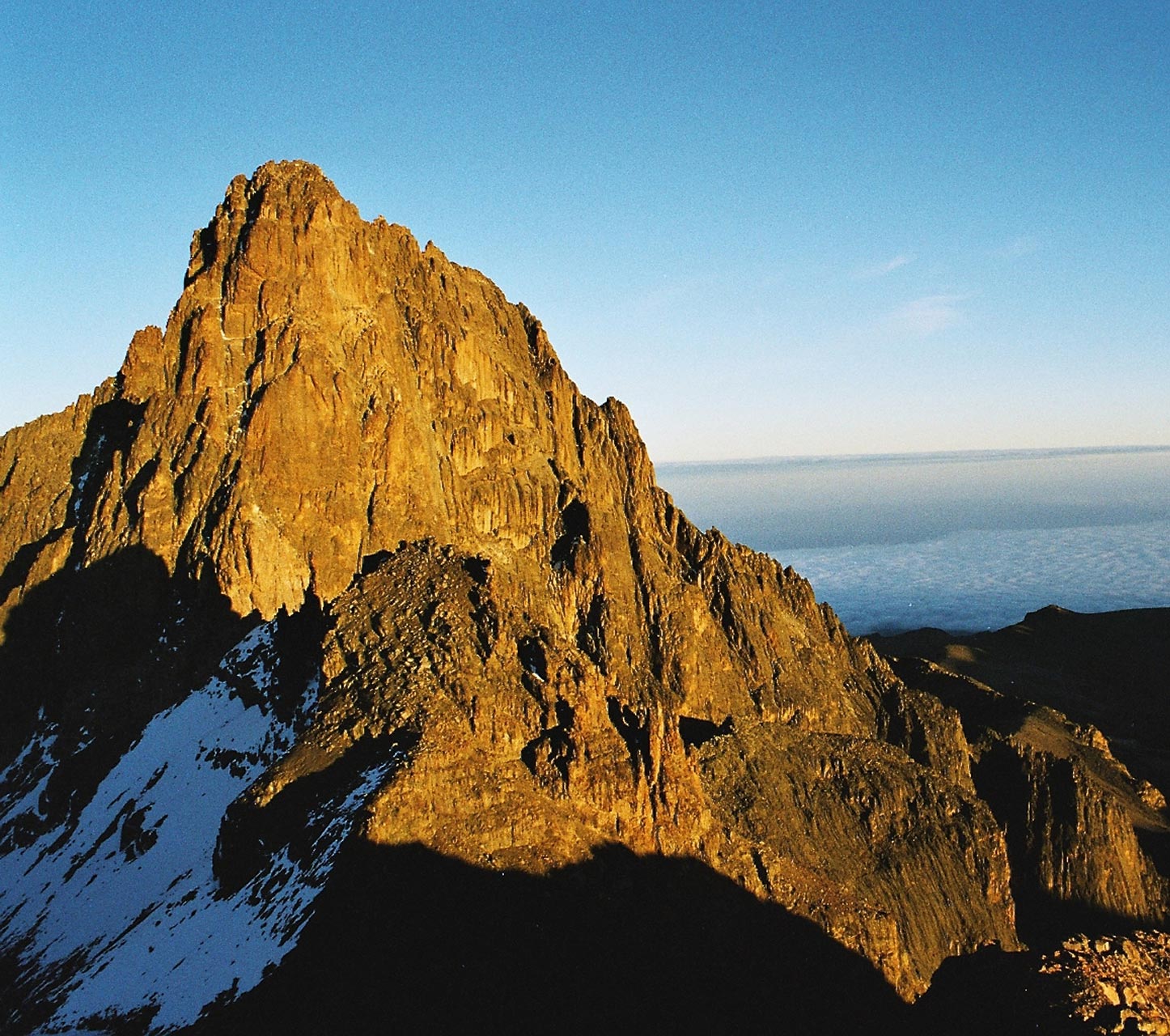 Societal Transformation for a Better Future 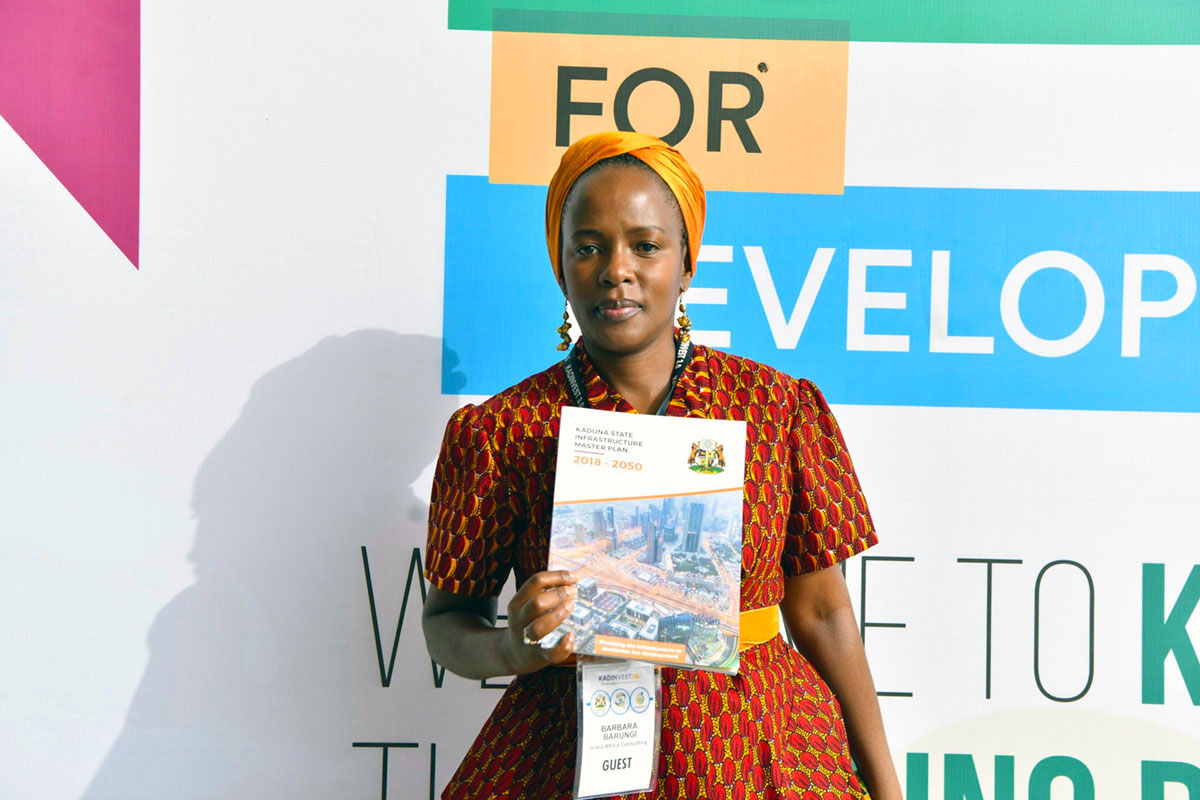